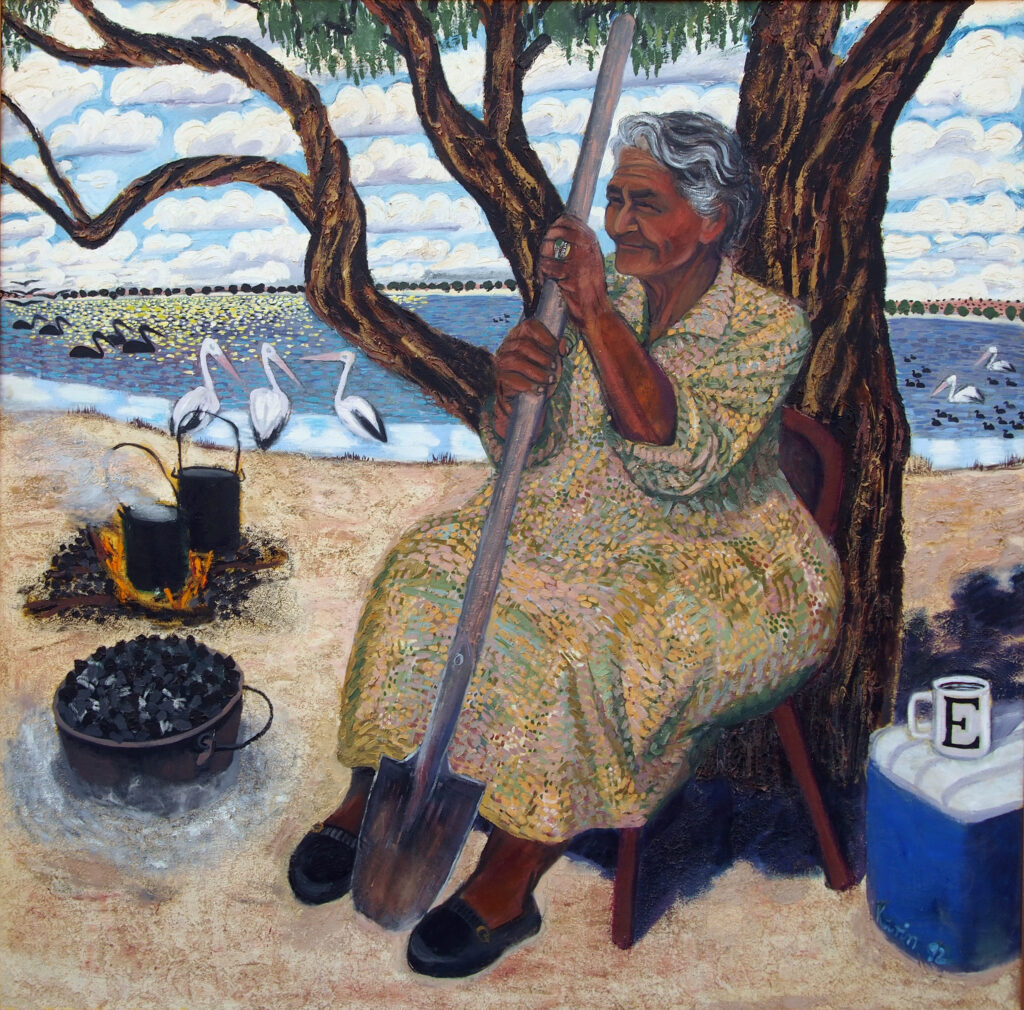 Ethel Edwards was born at Wanaaring on the Paroo River. When I asked if I could paint her portrait, Ethel said she’d like to be painted at Copago Lake, north of Wilcannia, which only fills when the Paroo River floods. The lake happened to be full at that time, and she took me out there, exulting in its beauty. That place was special for Ethel – she had a caravan permanently on the rise overlooking the lake, and loved to go out and camp there. She used to say, ‘You feel completely different when you’re out in the bush. When you’re in the bush, you’ve got peace of mind.’

Ethel’s resourcefulness and love of station work began at the age of five, as a shepherd for Sir Sidney Kidman. 65 years later she was still doing part time caretaker jobs for stations in far western New South Wales. She knew this Country like the back of her hand and was held in high esteem by the leaseholders.

When she was in her 70s, Ethel said two memorable things to me. In a feisty mood one day, she exclaimed

‘I’ve taken life in both hands and really lived it!’

Another day, she said quietly